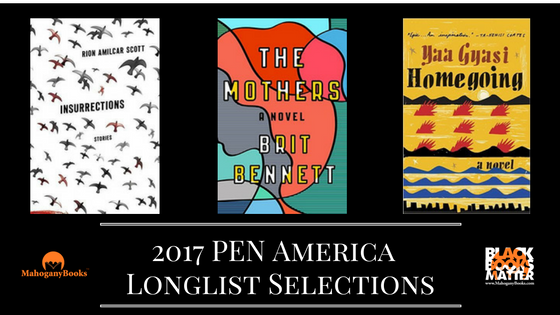 The PEN/Robert W. Bingham Prize for Debut Fiction honors an exceptionally talented fiction writer whose debut work—a novel or collection of short stories—represents distinguished literary achievement and suggests great promise. The winner receives a cash award of $25,000, a stipend intended to permit a significant degree of leisure in which to pursue a second work of literary fiction.

We want to congratulate Rion Amilcar Scott, Brit Bennett, and Yaa Gyasi for making the long list of the 10 debut authors in 2016 to be selected for such a prestigious award.

Share your thoughts below. Have you read either book? What do you think of their selection?