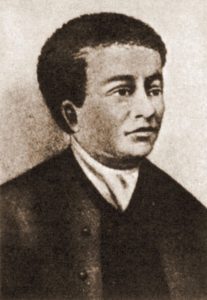 Born on November 9, 1731, in Ellicott’s Mills, Maryland, Benjamin Banneker was the son of an ex-slave named Robert and his wife, Mary Banneky. Mary was the daughter of an Englishwoman named Molly Welsh, a former indentured servant, and her husband, Bannka, an ex-slave whom she freed and who asserted that he came from tribal royalty in West Africa. Because both of his parents were free, Benjamin escaped the wrath of slavery as well.

Benjamin grew up on his father’s farm with three sisters. After learning to read from his mother and grandmother, Benjamin read the bible to his family in the evening. He attended a nearby Quaker country school for several seasons, but this was the extent of his formal education. He later taught himself literature, history, and mathematics, and he enjoyed reading. Though Banneker was primarily self-educated, a fact that did little to diminish his brilliance.

In 1752, at the age of twenty-one, Banneker attracted attention by building a clock entirely out of wood without having ever seen a clock before. It is said that it was based on his recollections of the mechanism of a pocket watch. The first ever built in America, it kept precise time for more than 50 years until his death. The clock was painstakingly carved out of seasoned wood, including the toothed wheels and gears.

Another of his early accomplishments was the construction of an irrigation system for the tobacco farm he inherited from his grandparents. Living alone, he continued to grow and sell tobacco until about the age of fifty-nine, when rheumatism forced him to retire. His farm made him virtually self-sufficient, with a productive vegetable garden, thriving fruit orchards, and several hives of bees that he maintained.

At the age of fifty-eight Banneker became interested in astronomy through the influence of a neighbor, George Ellicott, who lent him several books on the subject as well as a telescope and drafting instruments. Without further guidance or assistance, Banneker taught himself the science of astronomy. In 1789, Banneker caused a stir, when his successful prediction of a solar eclipse contradicted those of better-known mathematicians and astronomers.

It was just at this time that fate sought him out for an important role to play in the nation’s history. The surveyor Andrew Ellicott had recently been appointed by President George Washington to produce a survey of selected lands on which to establish a national capital. Ellicott urgently required an assistant with some knowledge of astronomy to work in the field observation tent during the night hours. Banneker was hired and traveled together with Andrew Ellicott to the site that was to become the national capital, arriving early in the new year of 1791.

It was extremely tiring work for a man of Banneker’s advanced years, but despite the discomfort, he derived considerable pleasure and pride from the knowledge that he was contributing to such an important project. Also, after taking a nap during the early daylight hours, Banneker had the privilege of using Ellicott’s astronomical textbooks, which were maintained in the observatory tent. This enabled him to complete the ephemeris he was compiling for an almanac for the following year, 1792. 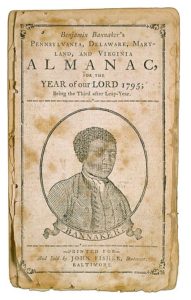 James McHenry, a senator from Maryland, had been so impressed with Banneker’s almanac manuscript that he wrote an endorsement for it that was published together with the almanac by the Baltimore printer Goddard & Angell. The almanac bore the title Benjamin Banneker’s Pennsylvania, Delaware, Maryland, and Virginia Almanack and Ephemeris for the Year of Our Lord 1792. During the next five years, Banneker continued to calculate ephemerides, which he sold and which were published in almanacs bearing his name in the title. Promoted by the abolitionist societies of both Pennsylvania and Maryland, Banneker’s almanacs were published by several printers and sold widely in the United States and also in England. Twenty-eight separate editions of his almanacs are known to have been published.

Benjamin Banneker’s accomplishments extended into other realms as well, including civil rights. In 1791, Thomas Jefferson was secretary of state and Banneker considered the respected Virginian, though a slaveholder, to also be open to viewing African Americans as more than slaves. Thus, he wrote Jefferson a letter hoping that he would “readily embrace every opportunity to eradicate that train of absurd and false ideas and opinions which so generally prevail with respect to us.” To further support his point, Banneker included a handwritten manuscript of an almanac for 1792, containing his astronomical calculations.

In his letter, Banneker acknowledged he was “of the African race” and a free man. He recognized that he was taking “a liberty” writing to Jefferson, which would be unacceptable considering “the almost general prejudice and prepossession which is so prevalent in the world against those of my complexion.” Banneker then respectfully chided Jefferson and other patriots for their hypocrisy, enslaving people like him while fighting the British for their own independence.

Banneker’s outspokenness with regard to the issue of slavery earned him the widespread support of the abolitionist societies in Maryland and Pennsylvania, both of which helped him publish his almanac.