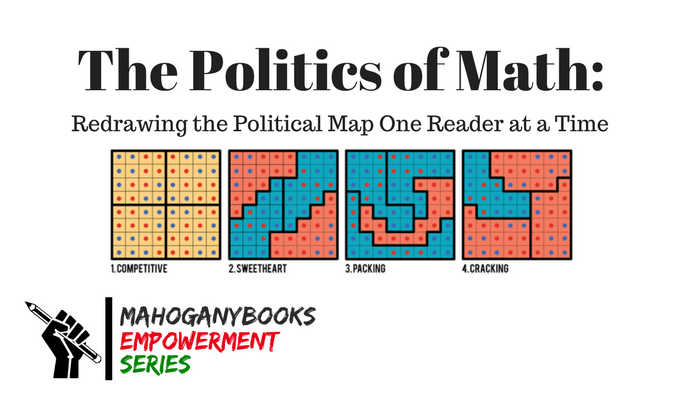 There’s a certain satisfaction I receive when a reader begins to grasp the breadth and depth of topics written about from the Black person’s perspective. It’s why I love making book recommendations. Watching readers discover new information and become empowered through the process of reading “African American Books” is deeply gratifying. I believe most independent bookstores, whether they are niche or general interest, take pride in helping readers find great reads; however, as an African American bookstore, there is something more significant about replying to a question about a book or topic with the statement, “yea, there is a book on that.”

Sidenote: Agree…disagree? Please comment below or preferably submit your own article about the importance or unimportance of books or booksellers of color to the process of empowering the Black community.

So what’s my point. Well, I recently read this article called, “Gerrymandering is Illegal, but only Mathematicians can prove it,” which discusses a issue of great concern to me. Truthfully, my personal feeling is that it’s a blight on our “democratic” process. It just doesn’t make any sense that elected officials have a process, known as gerrymandering, that allows them to tilt state and local elections in a party’s favor by putting like-minded voters all in one district.  It’s a dirty little secret that impacts a myriad of policies implemented by governors and state legislatures, as well as, leads to partisan discord which paralyze’s national politics. 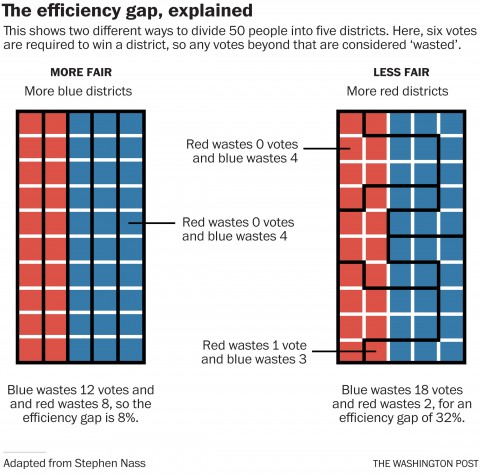 Whether it’s education and curriculum reform, policies around living wages, lead-tainted water pipes, infrastructure, police oversight or criminal justice reform, gerrymandered districts leads to entrenched and sometimes extreme political views (see Sheriff David Clarke) which are extremely hard to root out because there is no need for compromise. However, the more disastrous result of this tactic is that it essentially disenfranchises those who are the victims of gerrymandering.

…suppose you’re drawing a 10-district map for a state with 1,000 residents, who are divided evenly between Party A and Party B. You could create one district that Party A will win, 95 to 5, and nine districts that it will lose, 45 to 55. Even though the parties have equal support, Party B will win 90 percent of the seats. – Erica Klarreich, Wired.com: “Gerrymandering is Illegal, but only Mathematicians can prove it“

As I finished the article, I was left feeling a little more than upset. with this feeling that the Black community was falling even further behind on this issue of gerrymandering. History shows that gerrymandering was developed as a tool to further dilute the African American vote (click here for a recommended read on its history), but now the implementation of it through advanced math threatens to disguise its shameful intentions through variables and coefficients.

To be frank, that’s not going to work for me. We need to be confronting our “elected” officials to implement changes now and raising mathematicians to safeguard tomorrow. Below are a few books that we recommend if you are interested in learning more about the topic of gerrymandering or would like to encourage your child in the fields of STEM, specifically math. If you have any suggestions to add to this list, please post it in the comments section below. Let’s develop a community-curated list of books to empower and inspire change around gerrymandering laws.

Gerrymandering & You: Some Recommended Reads

We look forward to your comments and rebuttals. Please share your thoughts as we consider this issue.

Source: Gerrymandering Is Illegal, But Only Mathematicians Can Prove It | WIRED