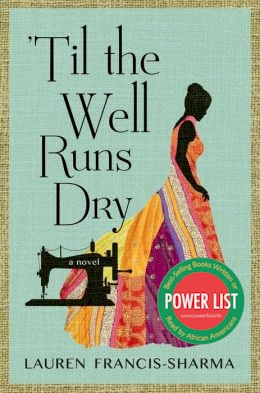 EVENT DESCRIPTION
Lauren Francis-Sharma, the author of ‘Til The Well Runs Dry, will talk about her acclaimed novel that takes place in Trinidad and reveals the impact of family secrets on the relationships of the characters in the story.

KIRKUS REVIEW
From the Caribbean island of Trinidad comes a saga ripe with heartbreak and joy. Trinidad is home to a striking diversity of people—descendants of African slaves, indentured Indians, Chinese laborers, Spanish colonizers and French land managers. American novelist Francis-Sharma, whose parents are Trinidadian immigrants, has a keen grasp of the customs and speech of the island’s human patchwork. In 1943, when Farouk Karam catches sight of teenage Marcia Garcia, she’s raising two disabled toddlers, scraping by as a seamstress. Farouk, a police officer from a middle-class Hindu family, is smitten with Marcia and goes to the local obeah woman in Tunapuna, looking for help. Soon after, the toddlers mysteriously disappear, Marcia is bereft, and Farouk’s support leads to romance. They marry, but when Farouk brings Marcia to meet his parents, he’s browbeaten by their disapproval and their revelation of the village gossip, which says the two lost boys were the children of Marcia and her father, who was driven from the village. Farouk wants the truth, but pride and a vow of silence prevent Marcia from speaking. Farouk leaves her and stays away until he can’t bear it any longer—a pattern that repeats itself over two decades. Though they have four children, the Karams never live like a family (at least not for more than a few weeks, until someone’s temper flares). Marcia leaves for America, but the arranged job turns out to be akin to slavery. When she escapes and finds herself homeless in New York, her determination to survive and bring her children over only strengthens.

Sharma delivers a rich and satisfying debut on the ties of family, love and culture—and how those ties are sometimes better when broken.