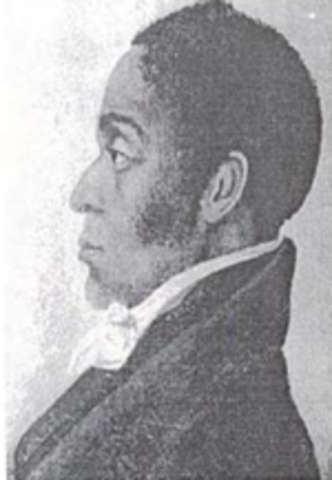 James Forten (September 2, 1766 – March 4, 1842) was an African-American abolitionist and wealthy businessman in Philadelphia, Pennsylvania. Born free in the city, he became a sailmaker after the American Revolutionary War. As a boy, James signed on as a powder boy with a privateer, the Royal Louis, during the Revolutionary War in 1781. His mission as a member of the Royal Louis was to hunt down and plunder  British merchant ships. Nearly fifteen years old, he was expecting to earn prize money from the plunder to support his family.

Although a successful first foray, the Royal Louis lost its second encounter off the coast of Virginia where James was captured. The young Patriot, also known as prisoner number 4102, was present at the first public reading of the Declaration of Independence back on July 8, 1776, was released in a prisoner exchange in the spring of 1782. Upon his release, James walked 80 miles to his home in Philadephia. Adding to his misery, he was barefoot for most of the walk. He didn’t luck upon a pair of shoes until he reached Trenton, New Jersey.

Twenty-four years after that long walk from New York to Philadelphia, James Forten was not only a healthy man but a prosperous one, too–and with a big family. James owned a large three-story brick house on Lombard Street, block away from his thriving business. Following in his father’s footsteps, James became a master sailmaker. Rapidly rising from apprentice to the supervisor, junior partner then owner in 1798. His mentor Robert Bridges helped him secure the loan to purchase Robert Bridges and Co., which eventually became James Forten and Co. At a time when many whites refused to work for Blacks, about half of the twenty or thirty employees at James Forten and Co. were white. 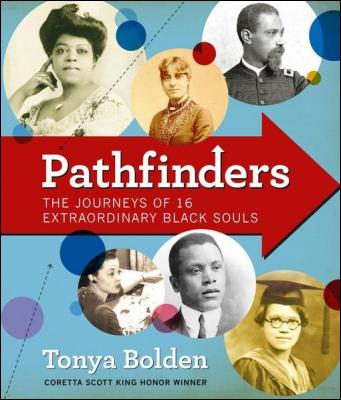 James eventually amassed an estimated fortune of $100,000, the equivalent of about $2 million today, through his successful sail-making business, real estate investments, and other ventures. Generous with his wealth, James supported his mother and his sister’s family. He also gave substantial sums to the Free African Society, as well as, to abolitionists organizations like the American Anti-Slavery Society.

Much admired in his day as an entrepreneur, philanthropist, and pillar of Philadelphia’s Black community, James Forten was greatly mourned when he died. One of the city’s newspapers ran his obituary under the title “Death of an Excellent Man.”

Read more about James Forten in the new book, Pathfinders: The Journeys of 16 Extraordinary Black Souls