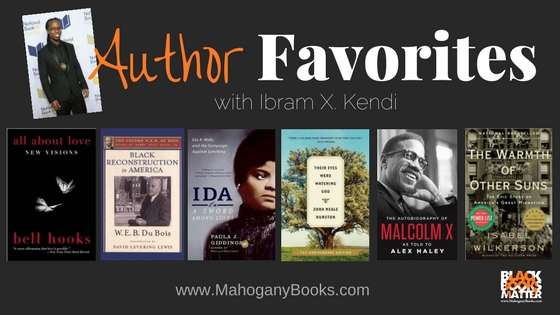 Ibram X. Kendi is the author of the book Stamped from the Beginning, winner of the National Book Award for Non-Fiction. In recognition of Ibrams’ accomplishment, we reached out to Bro. Kendi and asked if he could share his thoughts on the books that inspired him as a reader and intellectual.

I think you’ll find the breadth and versatility of Ibrams’ choices exciting and insightful. You will find inspiring non-fiction titles, an instant classic from a contemporary writer, a hardcore history read,  as well as an all-time literary selection. This is the type of list that I hope provides you with not just additional insight into Kendis’ personality, but also inspires you to read something a little different than usual. Enjoy 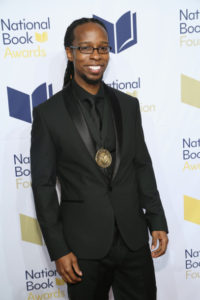 Ibram is an assistant professor of African American History at the University of Florida.  His second book, Stamped from the Beginning: The Definitive History of Racist Ideas in America, was recently published by Nation Books.  Stamped won the 2016 National Book Award for Nonfiction and has been named a best or notable book of 2016 by several publications. It was also nominated for the NAACP Image Award for Outstanding Literary Work – Nonfiction. Described as “engrossing and relentless,” Stamped was named the most ambitious book of 2016 by The Washington Post.  Kendi is also the author of the award-winning book, The Black Campus Movement: Black Students and the Racial Reconstitution of Higher Education, 1965-1972.

Kendi has published fourteen essays in journals and books, as well as many op-eds in a number of publications, including Salon, The Huffington Post, The Chronicle of Higher Education, and TruthOut.  He has appeared on BookTV, PBS, NBC, ABC, and numerous radio shows.  Kendi has received research fellowships, grants, and visiting appointments from a variety of universities, foundations, professional associations, and libraries, including the American Historical Association, Library of Congress, National Academy of Education, Spencer Foundation, Lyndon B. Johnson Library & Museum, Rutgers Center for Historical Analysis, Brown University, Princeton University, and Duke University.  A native of New York City, Kendi lives in Gainesville, Florida.