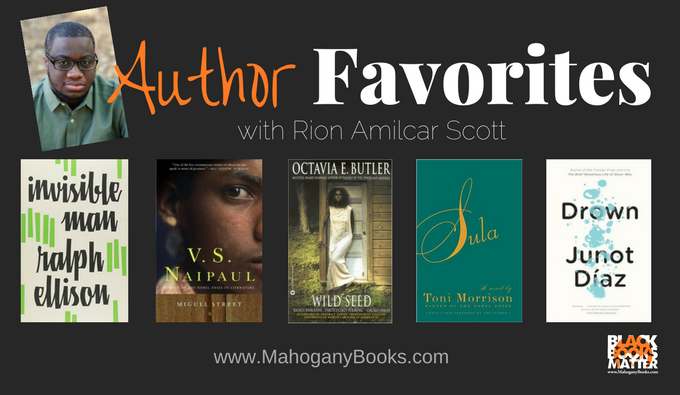 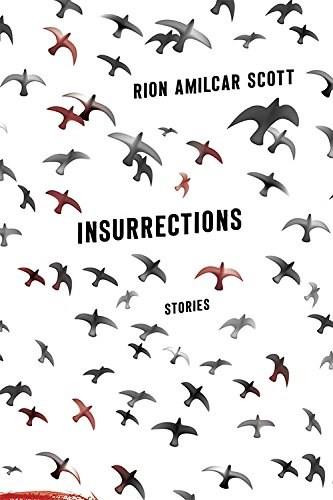 Bro. Rion is the author of Insurrections, a PEN America Award Finalist for Debut Fiction. His debut book has been exclaimed as “…energetic and musical—fully inhabiting a diverse array of storytelling styles.” From the first story I was enamored with the detail, pace, and sly humor, so much so I’ve become an evangelist for his book. Whether it has come in the form of encouragement, exhortation, or simply haranguing readers, I’m convinced everyone should read this book.

So as I reflected on the energy this book has generated for me, I began to wonder about the type of books that had the same effect on the writer, Rion. So with that thought in mind, MahoganyBooks presents for both your reading enjoyment and discussion pleasure ‘Author Favorites featuring Rion Amilcar Scott.’

Rion Amilcar Scott’s work has been published in journals such as The Kenyon Review, Crab Orchard Review, PANK, The Rumpus, Fiction International, The Washington City Paper, The Toast, Akashic Books, Melville House and Confrontation, among others. A story of his earned a place on the Wigleaf Top 50 (very short) Fictions of 2016 and 2013 lists, and one of his essays was listed as a notable in Best American Essays 2015. He was raised in Silver Spring, Maryland and earned an MFA from George Mason University where he won both the Mary Roberts Rinehart award and a Completion Fellowship. He is a Kimbilio fellow. His short story collection, Insurrections (University Press of Kentucky) was published in August 2016 and was chosen for The Rumpus’s Book Club. Wolf Tickets is forthcoming from Tiny Hardcore Press. Presently, he teaches English at Bowie State University.