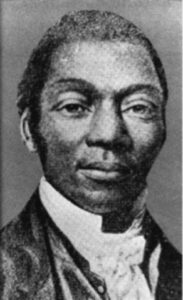 David Walker (September 28, 1796 – August 6, 1830) was a courageous activist, leader, and writer. Born free, his mother was free and his father was a slave, David Walker put his life on the line by publicly demanding the immediate end of slavery in the newly established nation of the United States.

Walker has exerted lasting influence on the ongoing struggle for equal rights and racial justice in the U.S. During his lifetime, he pushed other abolitionists to be bolder and more radical in their thinking and actions. And through the years his ideas have inspired many generations of Black leaders and activists of all backgrounds.

In 1829, David Walker wrote a revolutionary pamphlet, An Appeal to the Coloured Citizens of the World, that argued for the end of slavery and discrimination in the United States. It was a passionate espousal of black liberation; a call to his “afflicted and slumbering brethren” to rise up and cast off the chains that bound their minds as well as their bodies. The appeal brought attention to the abuses and inequities of slavery and the role of individuals to act responsibly for racial equality, according to religious and political tenets. 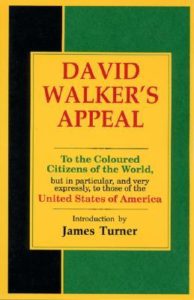 Historians and liberation theologians cite the Appeal as an influential political and social document of the 19th century. Walker exerted a radicalizing influence on the abolitionist movements of his day and inspired future black leaders and activists.

An evangelical Christian, Walker was a deeply religious man. In his Appeal, he takes white Christians to task for supporting slavery and its savage and unchristian treatment of fellow human beings. Such treatment was not only inhumane, Walker asserted, it was also hypocritical: after fighting for emancipation from Britain and founding a nation based on equality, white Americans continued to enslave and degrade Black people throughout the Republic.

The Appeal was published at a time of growing resistance to slavery. Free Black communities were expanding, and slave rebellions were on the rise. Walker used underground networks to circulate copies of his pamphlet throughout the South. This effort has been called “one of the boldest and most extensive plans to empower slaves ever conceived” in the U.S. before the Civil War.