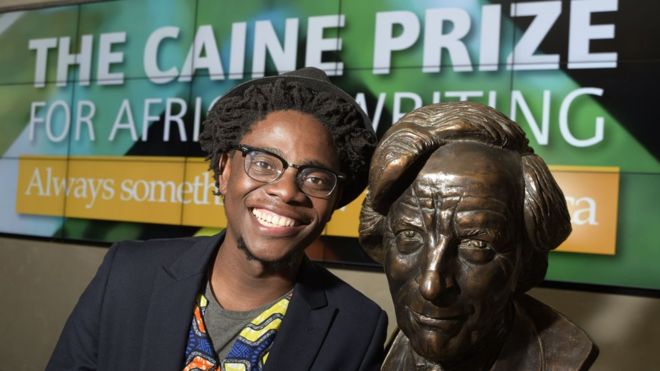 South African Lidudumalingani has won the 2016 Caine Prize for African Writing for his short story ‘Memories We Lost’.

Lidudumalingani was presented with the £10,000 prize by chair of judges, Delia Jarret-Macauley, at a ceremony at the Bodleian Library in Oxford yesterday (4th July).

‘Memories We Lost’ tells the “emotionally charged” story of a girl who acts as protector of her sister, whose serious mental health problems cause consternation in a South African village. Her situation deteriorates as her care is entrusted to Nkunzi, a local man who employs traditional techniques to rid people of their demons.

Jarrett-Macauley said: “The winning story explores a difficult subject – how traditional beliefs in a rural community are used to tackle schizophrenia. This is a troubling piece, depicting the great love between two young siblings in a beautifully drawn Eastern Cape. Multi-layered, and gracefully narrated, this short story leaves the reader full of sympathy and wonder at the plight of its protagonists”.

Lidudumalingani is a writer, filmmaker and photographer. He was born in the Eastern Cape province of South Africa, in a village called Zikhovane. Lidudumalingani has published short stories, non-fiction and criticism in various publications.

He was joined on the 2016 shortlist by Lesley Nneka Arimah from Nigeria for ‘What it Means When a Man Falls From the Sky’ published in Catapult (Catapult); Tope Folarin from Nigeria for ‘Genesis’ published in Callaloo (Johns Hopkins University Press), Bongani Kona from Zimbabwe for ‘At Your Requiem’ published in Incredible Journey: Stories That Move You (Burnet Media) and Abdul Adan from Somalia/Kenya for ‘The Lifebloom Gift’ published in The Gonjon Pin and Other Stories: The Caine Prize for African Writing 2014 (New Internationalist). Each shortlisted writer will receive £500.

‘Memories We Lost’ is available to read here.