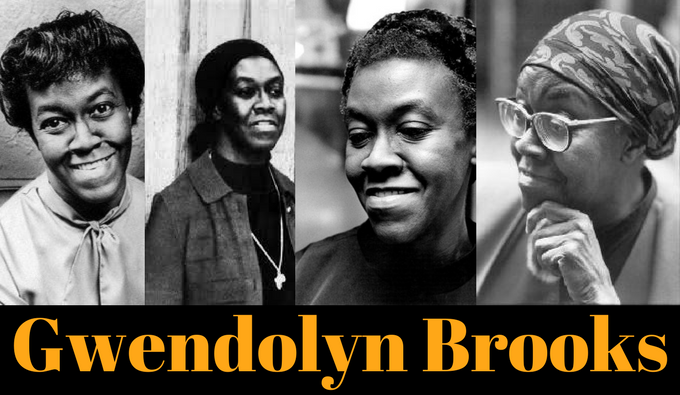 Gwendolyn Brooks is recognized as “one of the most highly regarded, highly influential” poets of the 20th-century. She was both the first Black author to win the Pulitzer Prize and the first Black woman to hold the position as poetry consultant for the Library of Congress.

Her body of work gave her, according to critic George E. Kent, “a unique position in American letters. Not only has she combined a strong commitment to racial identity and equality with a mastery of poetic techniques, but she has also managed to bridge the gap between the academic poets of her generation in the 1940s and the young black militant writers of the 1960s.”

Below are a few titles we think are a great introduction to Gwendolyn’s work, whether for yourself or a young reader. If you’re a well-versed veteran of Ms. Brooks work, the first three books also provide a deeper dive into some of her more critical works.

What are your favorite Gwendolyn Brook’s titles? Share them below in the comments section. 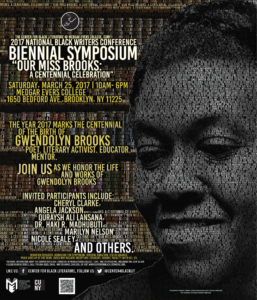 Looking for a chance to truly celebrate Gwendolyn Brooks or to learn more about her contribution, we encourage you to check out the 2017 National Black Writers Conference Biennial Symposium, “Our Miss Brooks: A Centennial Celebration“